Comparing the Puck from Mares with the updated Pro When Mares introduced the Puck dive computer, it rocked the boat. It was an affordable and delivered all the necessary functionalities that are expected from an entry level model.

The outstanding feature of the Puck was its single button navigation. It made it very simple to use even when diving in cold surroundings and wearing thick gloves.

The Puck Pro was the logical successor which had to follow one of the best dive computers on the market. Mares was able to keep all the great things of the Puck and added some elements to make it indeed even a better computer! Check out our detailed review on the Mares Puck Pro!

However, are these improvements worth the additional price? Does it make sense to upgrade?

At first glance both devices look rather similar. They both are roughly the size of a hockey puck (hence the name). The button on the ﻿Mares ﻿Puck Pro has been moved out of the display area to the bottom of the case. This allows for more display area without compromising the ease of use coming from having a single button to navigate the different functions. 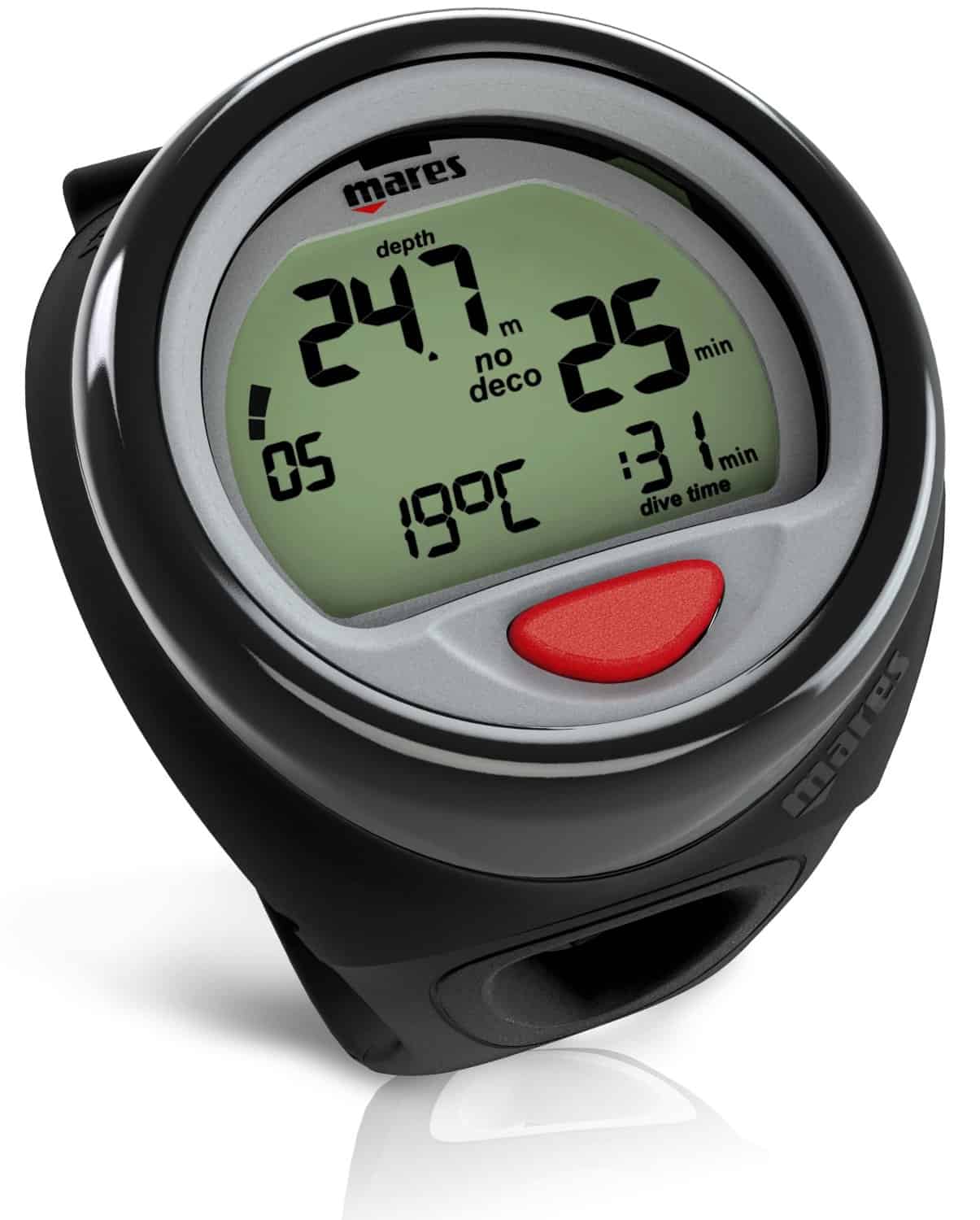 The diameter of the new design is slightly larger. On the other hand it is less high than the old version. This makes it overall more comfortable to wear and less clunky. The larger diameter combined with the different positioning of the navigation button provides a significantly larger display area compared to the original model.

The display on the updated device is also somewhat better to read without backlight in semi-darkness. This can at times be helpful but it is not a huge factor when deciding which scuba diving computer to buy.

There’s not a ton of functional differences between the Puck and the Pro. The most talked about difference is that the Firmware on the new variant can be upgraded.

This at first sounds like a great feature. Realistically it’s probably not that big of an issue. A firmware update will typically not include an upgrade to the decompression algorithm or any other necessary software in the computer. Having said that, the feature comes in handy if there was an programming issue with the firmware that would require updating.

The other big difference is that the Pro can handle two different gas mixes while the original device can only handle one gas mix. This is a great feature if you have different mixes you use during a dive to optimize bottom time.

The algorithm in the Puck Pro got a minor update and seems to be slightly more conservative. The changes do not seem to be significant though.

There are no significant differences in most of the other functions including the log book. The logbook is sufficiently large but seems rather small compared to other dive computers like the Suunto Zoop Novo. The most visible improvement of the Puck Pro vs. the Puck is the larger display. The different placement of the navigation button increases the available display space significantly. The new scuba computer also feels more comfortable as it is less thick.

Under the hood the most significant improvement is the ability to work with two different gas mixtures. This can become more important for more experienced divers which means that the Pro is a device that a diver can use for a longer period of time.

Do these two features mean that you should drop your Puck and run to get the updated design? No, not at all. However, if you are looking for a new scuba diver computer then spend the extra bucks and go for the Puck Pro instead. Over time, the additional investment will be well worth it. Click here to find the lowest price on the Mares Puck Pro!

Measuring Depth with a Dive Computer

How to Clean and Maintain Your Dive Computer